The deposit - A gift of nature

The deposit is situated in the so-called Upper Cretaceous Beienrode Basin in the eastern part of Lower Saxony near Königslutter. The basin is closely connected with salt-tectonic activities leading to the formation of a mushroom-shaped salt dome, known as Beienrode diapir. On its flank a basin was formed which served as a sediment trap consolidating both marine and fluviatile sediments over a period of many million years.
About 70 million years ago the sea slowly regressed and the enviroment changed from marine to continental conditions resulting in the formation of a coast line. A river that carried its cargo from southeast deposited the sediment in a branched estuary.

Quartz is known to be a very hard mineral, and thus more resistant than other minerals. Therefore, high-grade quartz sand with rounded grains were enriched during the rolling fluvial transport of onetime rough and quartz rich material that was broken down by processes of weathering and erosion far away in the outback.
The climate was subtropical during and after sedimentation, which caused the remaining potassium feldspar to weather to kaolinite by means of hydrolysis. Kaolinite is a secundary clay mineral, which is still present in the finest fraction of the raw sand until now. It is washed out during the preparation process.
The extreme whiteness of the sand is attributed to former natural dissolution processes, in which probably humic acids were involved. As a result iron was leached out from the sand and taken away.
All applied techniques are pure physical preparation procedures, which were improved by research and development activities and large-scale test work to such a high level that flotation chemicals, acids, or other auxilliary agents are entirely dispensable. Restoration in harmony with nature directly follows the extraction of quartz sand. Both flora and fauna are upgraded and ecologically valuable landscapes are created. 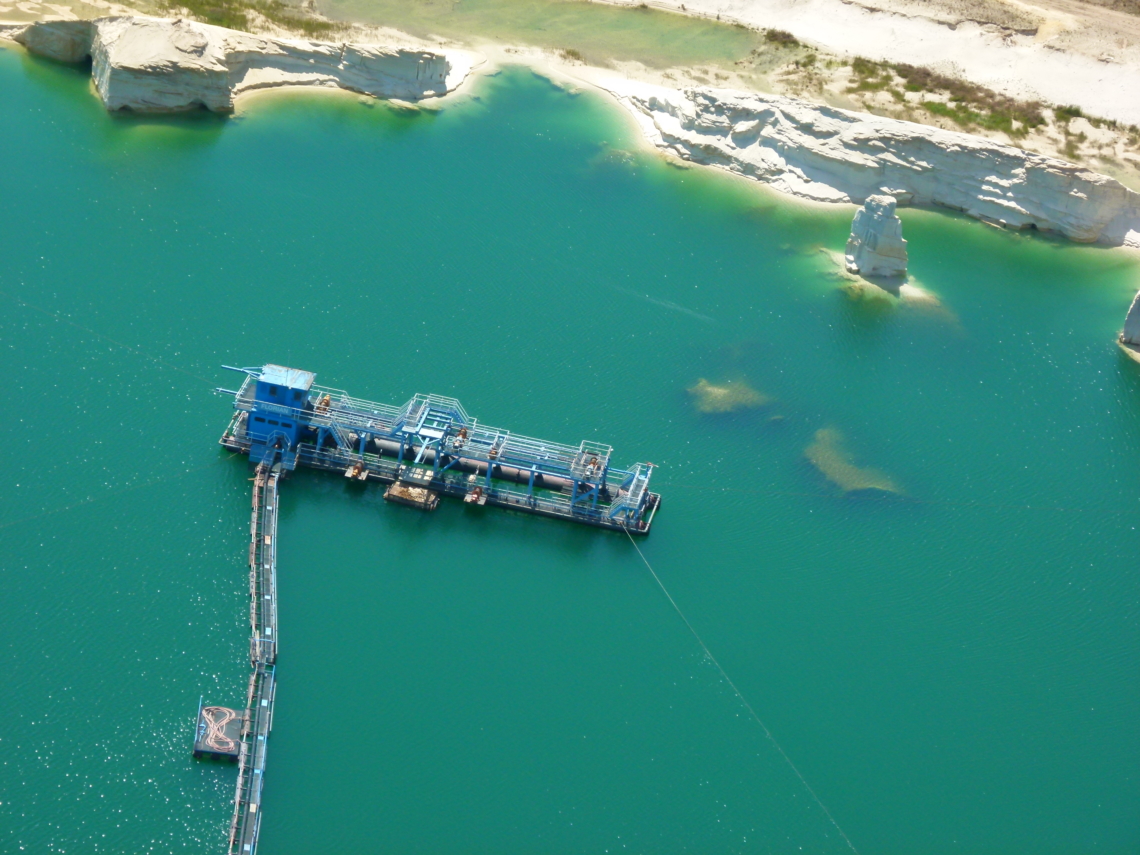